Published by The Regional Furniture Society.

This publication was first appeared as the the Society’s 2003 Journal. A few copies remain and are still available as back journals . It is also available in book form at £20 per copy at

Roger Warner was an antique dealer in the Oxfordshire town of Burford for over fifty years. During this period he traveled the United Kingdom visiting other dealers, buying stock and enjoying infinitely more encounters with furniture, both remarkable and unremarkable, than any curator or historian could hope to achieve in a lifetime. Starting business in 1936, he began by specialising in things that did not interest his fellow members of the trade. Beds, ‘back stairs’ furniture and obscure medieval items caught his early attention. Some objects were bought privately, but many of his prize finds came from the great country house auctions that occurred with such distressing frequency just before and after the Second World War. This was the great heyday of twentieth century collecting, an era in which almost every sale would turn up something of rarity and interest; items that are now certainly absent from the market, or their kind disappeared altogether.

Warner’s choice did not include the orthodox sort of fashionable furniture that supplied the general market in the early twentieth century, but he did have an eye for the decorative. With this always in mind, he explored the rewarding boundary lands between those categories of ‘high style’ and ‘vernacular’. This led to an interest in painted chairs that had been made by craftsmen in a distinctly regional tradition, but which were sold as fancy pieces to a country house market. It caused him to buy unusual objects such as the painted chair board (opposite) that is almost certainly a full scale pattern and colour guide for the chair painters or ‘japanners’ employed by Gillow of Lancaster. (It is now in the collection of the Victoria and Albert Museum). That taste, also, resulted in his acquisition of the remarkable vernacular painted bed from Maryport, Cumberland, that is now owned by Leeds City Council and displayed at Temple Newsam House.

Chair japaners’ guide in the form of a painted board. The pattern corresponds exactly with a design used by Gillows of Lancaster. 18th Century.

Trustees of the Victoria and Albert Museum

In turn, Roger Warner’s taste influenced that of his customers. Nancy Lancaster, Lady Colefax, John Fowler and John Cornforth were all influenced by the combination of items in the Burford shop, as much as by the items themselves. This has had serious repercussions in the development of interior decoration in both the UK and the US. Similarly, the direction of significant museum collections has been changed by the acquisition of objects from the Warner repertoire. Both the Victoria and Albert Museum and Temple Newsam House, Leeds, have turned to Roger Warner to buy exhibits about which scholars knew but were not able to obtain. In this way scarce items of chimney furniture, lighting, chair-back fire screens, incredibly rare textiles, wallpapers, and once common things such as brass coat pins (that curators feared to be extinct), have all been acquired for public collections.

Roger Warner charts his own discovery of the United Kingdom in this memoir by describing his pioneer buying trips to places such as the Welsh border country, the North West of England and then Scotland. The accounts are of immense worth because they explain where particular vernacular types came from. No amount of modern archaeology or field study could match this original knowledge gained from being there in the 1930s and 40s and seeing distinctive furniture types being bought up in their thousands. Roger Warner’s memories can be used alongside new field study, consultation of archives and museum collections, scrutiny of period photographs and further oral history recording to create a more complete picture of regional traditions. The text itself does not do this, but it provides furniture historians with the raw material to do so, in their highly professional way.

Many leads are here to be picked up; for instance, those interested in twentieth- century house sales could use this personal account as a ready starting point. Most of the century’s big sales such as Lowther Castle, Scarisbrick Hall and Mentmore Towers are mentioned, but so are numerous other smaller ones that are not recorded on modern computer databases and which would take a good deal of local history-library work to uncover. Similarly, those interested in the significant (and little-known) twentieth-century dealers and their fields of specialisation will find that Roger Warner names all those with whom he had contact, describes their premises and, where possible, provides photographs of their shops. These few photographs are, by themselves, fascinating subjects for research because some of the ‘antique’ articles they show can be identified, thus being very helpful in provenance work.

Turned and blocked chair, early 18th century, Welsh. The back panel is carved from a single board, giving the impression of being framed.

The provenance of each item mentioned in Roger Warner’s text has not been traced but many pieces will be recognised by readers as coming from particular private collections or sales, or existing in modern museum collections. Also, there are several tantalising objects described by the author that have not been illustrated. It is left to the readers to find for themselves examples of an Edinburgh toddy kettle or a Brierfield chair. And, of course, the book is not just about furniture. It is mainly about furniture within the context of the twentieth-century antiques trade, a field entirely worthy of study in its own right. Scholarly disdain for the antiques business has led to a serious neglect of its history and consequently, a dearth of books, or even information, on the subject. Few accounts have been written by antique dealers because it was their business to buy and sell old things, not write about them. Roger Warner is an exception

Some will dismiss this book as mere autobiography, but this would be a narrow stance. This is a primary text in the history of consumption and exactly the sort of important original material which ought to be made available to students of the subject. Factual anecdote must now be recognised as a major source of information and inspiration for historians; its is to be hoped that there will he much feedback from this volume, and that it might stimulate further publication. 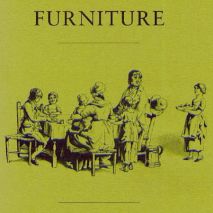 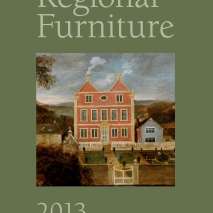 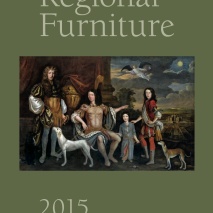 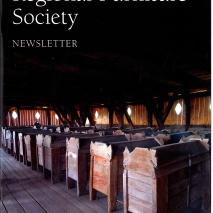